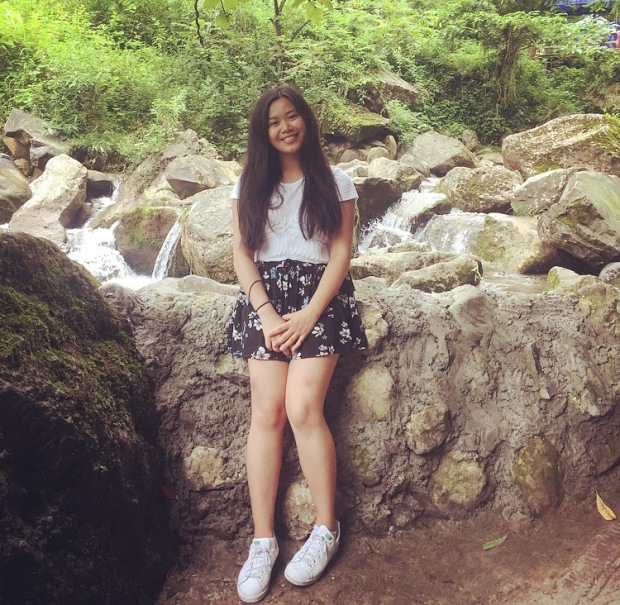 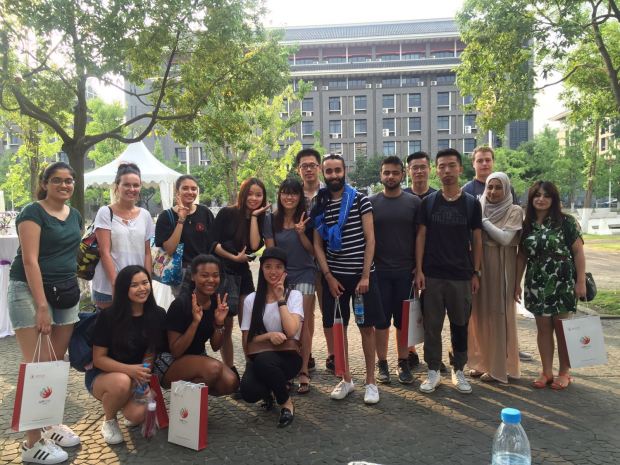 This is a photo of me on the Summer school. This was the first day of the summer school so it was great getting to know everyone. 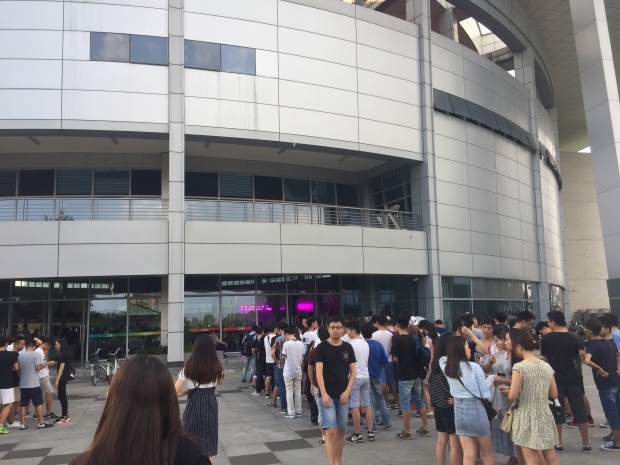 On the first day of the summer school, we were invited to attend an opening ceremony held at the Jiang’an campus of Sichuan The campus was huge and really impressive. Students from all over the world participating in the summer school also came to this ceremony. 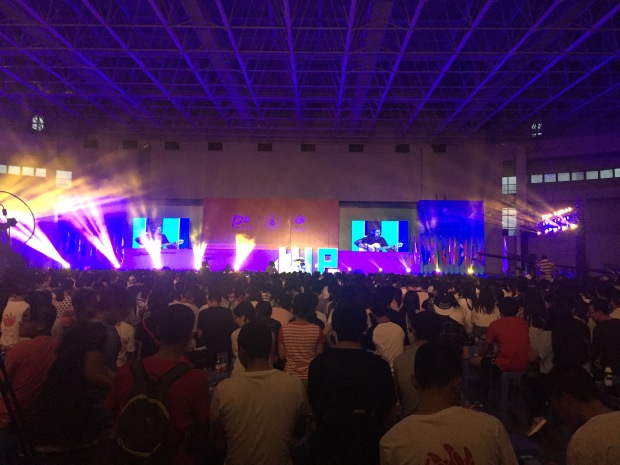 The opening ceremony was packed with Chinese students, foreign students and professors from countless There were a variety of acts including dance performances, magic shows and an orchestra. Sichuan University made us feel very welcomed with their warm introduction to the summer school.

Each student was allocated a Chinese buddy to help them navigate around the University and learn more about the Chinese This picture shoes the first meal the Queen Mary University students had together at a recommended restaurant by the Chinese buddies. The food in Sichuan is traditionally spicy so they use a lot of chillies in their meals.

I attended lectures in ‘Ethical philosophy’, which was taught at the Wanjiang The lectures were really interesting and fairly basic to accommodate for the Chinese students as English is not their first language. 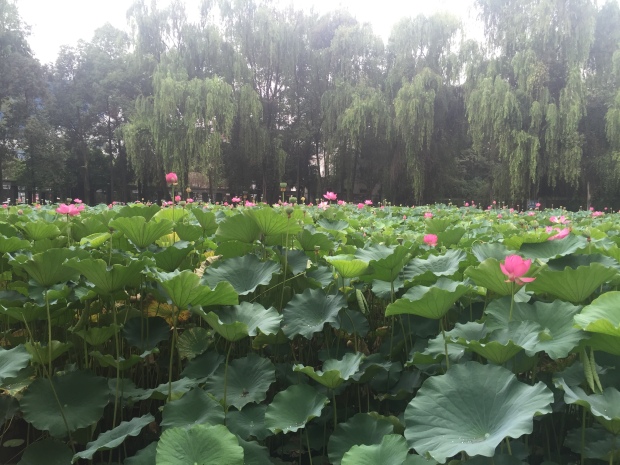 Wanjiang campus may be older than the Jiang’an campus but the scenery on campus was absolutely They also had a lot of outdoor sports facilities that were free to use. The campus was based near a lot of restaurants and shops so there was always something to do on campus or near by. 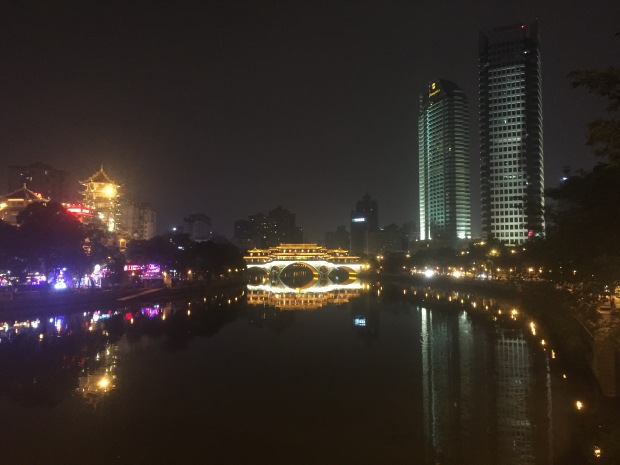 This is the famous Anshun Bridge in Chengdu at Chengdu is very lively at night; by the bridge there are loads of restaurants and bars to relax at after lectures.

I was told that the Global Centre shopping mall was the largest shopping centre in The architecture is stunning and it also had an indoor water park and cinema.

We ate a lot of traditional Sichuan The Chinese buddies wee extremely considerate and tried to accommodate for those of us who were vegan or vegetarian. This was a hot pot meal at a vegetarian restaurant.

We also had lectures at Jiang’an This particular lecture was very popular amongst the Chinese students; it was on the development of language and culture and compared western languages to Chinese.

We did a lot of sightseeing in our spare This is the famous ancient Jinli Street. It was one of the busiest commercial areas during the Shu Kingdom. There were a lot of street food and cute souvenir shops. Definitely worth the visit! 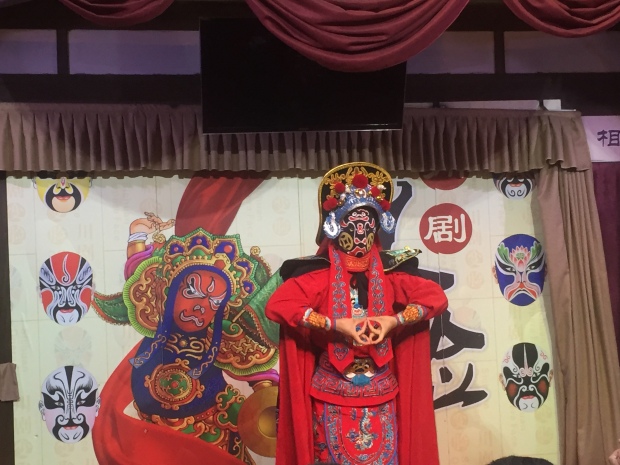 We went to watch traditional Chinese opera held in Jinli

Chinese people are very passionate about their tea, not only do they drink it for health benefits but tea also has a strong history in This was at the Sichuan University tea society, the students allowed us to try a variety of Chinese teas. 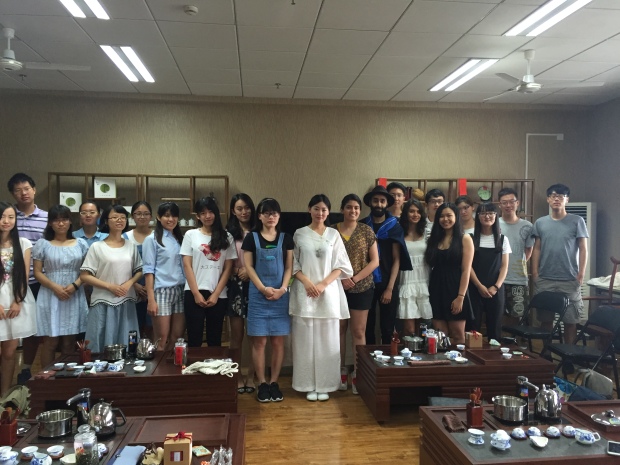 This is a photo of the Chinese students, the tea performer and the Queen Mary University students after the tea tasting session at Jiang’an 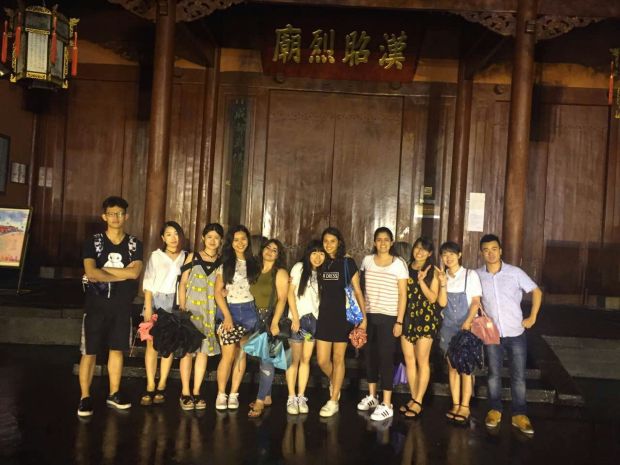 This was our first visit to Jinli There was so much to explore we had to come back again! There was also a really cool Tibetan market next to the ancient street. 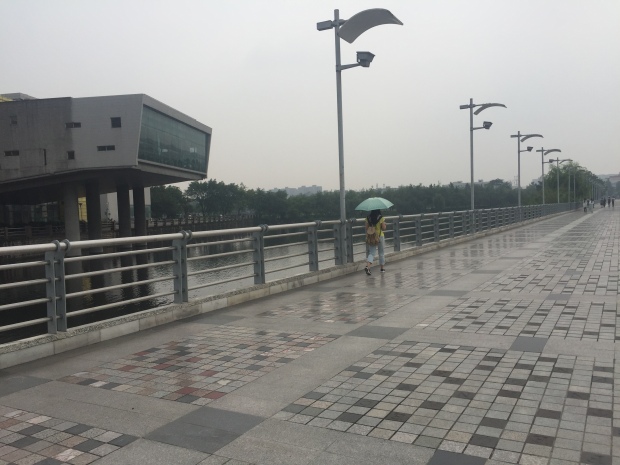 I really enjoyed my walk to lectures in the morning because the views at Jiang’an campus were so beautiful.

This is the library at Jiang’an There were about 5 floors and each floor was really spacious and had air conditioning, which is fab because it’s very humid in Chengdu. Their facilities are modern and the library atmosphere encourages students to come and study. 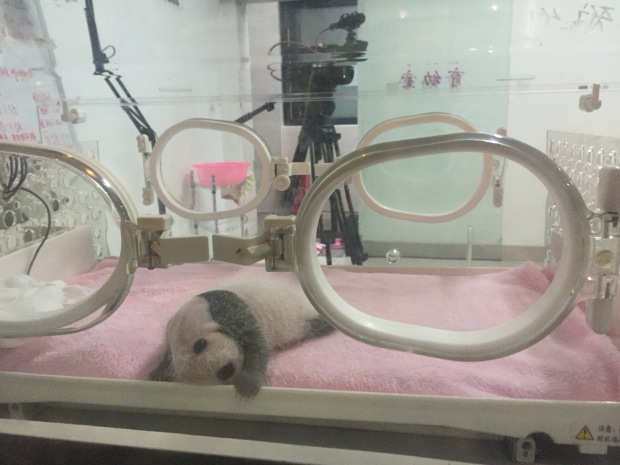 We visited the Chengdu Research Base of Giant Panda It was such a fun day out exploring the panda base. Chengdu is really famous for their pandas. This is a picture of a baby panda in an incubator.

I mainly enjoyed visiting the old temples in Chengdu because of their intricate This is the Wenshu Buddhist Monastery.

On our  day  off  from  university  we  decided  to  climb  a  mountain!  This  was  at  the beginning of our climb up Mount Qingcheng, which took us as a group about 2-.5 hours  to climb. The  views  were  worth  it  and  it  was  extremely  satisfying  to  reach the  top!

We then took the cable cars back down the mountain because we were drained of energy when we reached the top.

This was our last day and the Chinese students held a closing ceremony so we could all say our goodbyes and share our experiences we’ve made during our time on the summer school.