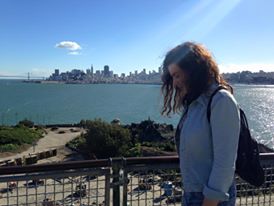 Although keeping up with schoolwork and campus life is of course an important aspect to a study abroad year, one of the big perks is the opportunity to travel and the chance to try something new every weekend. I studied abroad at UC Riverside’s Southern Californian campus and was amazed at how many world-renowned destinations were close-by. I also put money towards travelling out of state several times during the year and would recommend trying to see as much of a country as possible when you study abroad. Here is a list of some of the places I would consider a must-see! 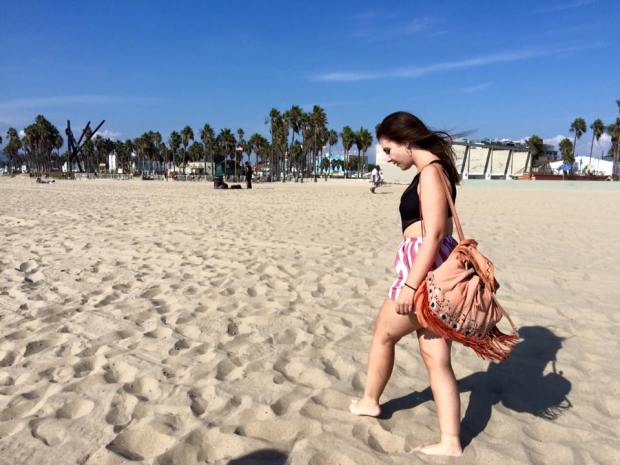 Less than an hour’s drive from Riverside, Los Angeles is of course the famous home of Hollywood, Beverly Hills, and the sightseeing capital for celebrities worldwide. The city is vast and after a year I still have so much of it to explore but I would highly recommend visiting it as it’s unlike any city I have ever been to before. Firstly, it is notably far more spread out and flat than a city like London. Public transport is AWFUL so cars are for the most part necessary but between 5 friends, renting cars at weekends isn’t too expensive.

In terms of beaches, Santa Monica and Venice are very popular with Venice reminding me of a Californian version of London’s Camden and Santa Monica being its very lively Covent Garden-esque comparison with restaurants, shopping and street performing. For amazing views of both the Hollywood sign and the whole of the city, driving up to the Griffith Observatory is a wonderful idea and at sunset it is particularly beautiful. The touristy must-haves are of course the walk of fame, Chinese Theatre, Beverly Hills and Rodeo Drive and many people choose to do one of the Hollywood Tours allowing them to be driven around on a little bus seeing a lot of the famous landmarks in one quick 2 hour cram. There is far too much to discuss when it comes to Los Angeles but it is certainly a city I would suggest visiting and a place dear to my heart after a year in Riverside. 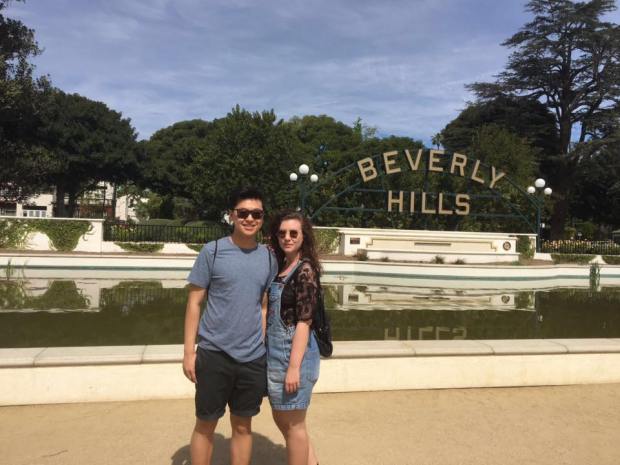 I absolutely love San Diego and am considering moving there in the future. From Coronado Island which faces up against the stunning view of the San Diego skyline and hosts the famous hotel seen in Marilyn Monroe’s ‘Some Like it Hot’ to the beautiful Balboa Park and world-famous San Diego Zoo, it is one of my favourite cities in California. Compared to Los Angeles, San Diego overall seems far cleaner and calmer and the coastal location means the weather is far less hot than Riverside – a welcome difference. It’s a very expensive place overall but the lifestyle I saw there made me believe it is entirely worth it! Note: eat at Extraordinary Desserts!!!

Located around an 8 hour drive from Riverside, I spent a weekend in San Francisco at the Berkeley campus visiting my friend who was studying abroad there. It’s an absolutely breathtaking city, famed for its steep hills and Golden Gate Bridge. Shockingly, I had never even heard of the Bay Bridge until I got there, which was just as impressive and beautiful, allowing Berkeley students to pass with ease from SF to their campus. The highlight for me however was a visit to Alcatraz Prison on the island in the middle of the Bay. It was one of the best experiences I had in America and not only was the history fascinating, but the views of San Francisco from the island are a must-see! 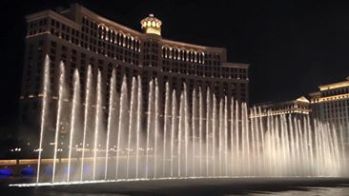 I visited Las Vegas, aged 20, and with 20 minutes notice to pack a bag and get in the car… so it’s fair to say my Vegas experience isn’t a typical one. It was also my first time travelling out of state to Nevada on my year abroad. As much as I would suggest that visitors go after they turn 21, I still got to see a lot, entering all the Casinos, walking the strip and watching the famous Bellagio fountains as they danced to music. Vegas has one of the best atmospheres I have seen in any city and the drive from Riverside, which takes about 3 and a half hours is amazing as you see nothing but desert and are suddenly blinded by lights, music and action. My favourite part was probably the Venetian Hotel with its built in canals and working gondolas, however I will be returning after I turn 21 so that I can have the full Vegas experience.

I know this one is pretty far from California- but I had to include it. I’ve wanted to go to New York since before I can remember and when the opportunity came to visit for a week over Valentine’s Day, I had to take it. I stayed with my friend near the Colombia Campus, less than a 5 minute walk from the corner of Central Park and my experiences travelling through the city were magical, even though the weather was the coldest I have ever known at -16 degrees. Central Park was beautiful in the snow with the lake iced up and the view from the Empire State Building was spectacular! It was almost a good thing it was so cold, as it meant the queue to get in was very short. One tip I would suggest is getting the free Staten Island ferry across in order to see the Statue of Liberty as this meant I could stay in the warm of the boat and I didn’t have to pay the $30ish to dock on the island itself. The 9/11 memorial was incredibly emotional and moved me to tears, particularly as it was raining and a choir had come out to sing. Overall, it was an amazing trip and an example of how studying abroad in America means you can really travel the whole country if you find time and have the funds.

One example of the positives of studying abroad is making friends across the world. I visited Denver over Spring Break to stay with friends I met in first year at Queen Mary when they studied abroad in London. It was not only a wonderful reunion but an amazing opportunity to see an area of America I had never travelled to before, with a very different lifestyle to both the East Coast and the West. While there, the snowfall reached thigh level and it was the most beautiful winter-wonderland place I’ve ever visited. Trips to cities such as Boulder to see the mountains are ideas I would highly recommend and exploring Denver’s vast selection of sweet coffee shops and cafes would be high on my list as the food I had there was some of the best I tried in America.

In my final week in America I traveled up the West Coast from Malibu, through Santa Barbara, Solvang, Cambria, San Simeon, Big Sur, Carmel-by-the-Sea and Monterey. Never in my life have I see scenery as beautiful as what I found on this trip and Big Sur is certainly a  place I would recommend to anyone as a once in a lifetime experience that everyone needs to see. From the historical Hearst Castle to bizarre Solvang and its Scandinavian decoration in the Californian countryside, to the elephant seal and otter beaches where every imaginable wildlife can be seen, this trip was the exact move into relaxation and paradise I needed before I returned to the UK. My absolute favourite experience in California and the reason I want to move back! Note: look out for the city of Harmony on your way: population 18! 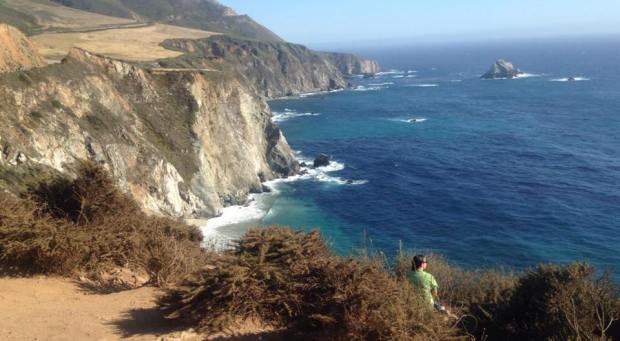