The most exciting things about Halloween in Britain is the return of Starbucks’ PSL and the turn of weather that makes binge-watching Netflix an acceptable pastime. Even as a child, I remember sitting at home with my family, curtains pulled tight, as we watched films like Bewitched and the Halloweentown series. I believe I went trick-or-treating once, and last Halloween I went to a student-night dressed in costume with my friends. That was it.

Here, it seems as if Halloween takes over the whole month. Most houses and shopfronts are decorated, and even my own house has two pumpkins placed outside (thanks to the upstairs flat), so of course this focus on Halloween is intensified when I visted Salem. Despite the fact that it wasn’t Halloween weekend when I visited, the city was completely submerged with “Halloweenness”. Obviously I embraced this, despite feeling rather out of place, though the statue dedicated to Bewitched was a pleasant surprise. 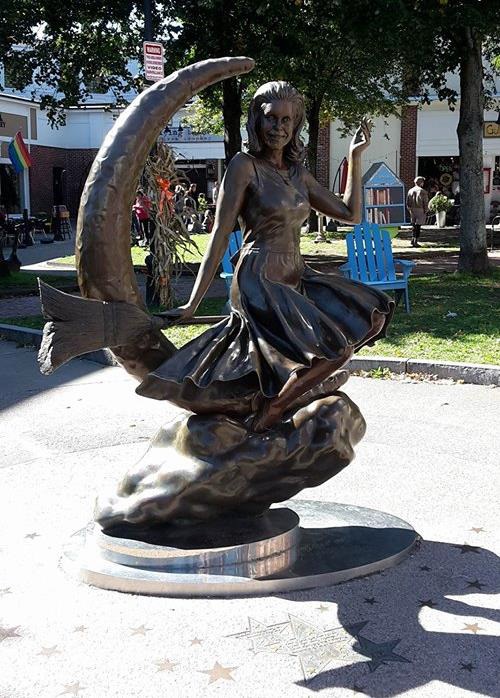 I thought statues were only for commemorating a person of signific-actually, this makes sense!

Me and my flatmates decided to venture into one of the three – yes, three – museums deciated especially to the Salem witch trials. We decided upon the Salem Witch Museum (didn’t seem as if we could go wrong there), and it was extremely interesting to discover more about the trials I have so often heard about but never really researched myself. There were even two women dressed as witches walking around Salem, but these weren’t the only adults dressed up. All of the street performers were Halloween themed, and lots of the visitors had Halloween attire – I felt somewhat under-dressed. One of the Americans I know here has spent about $50 trying to recreate an authentic cowboy look for his Halloween costume. Even so, I quite like the giddy excitement that everyone feels during the autumn here. Salem even has a handmade wand shop, which reminded me a lot of Ollivanders in Harry Potter. The shopkeeper even joked with the children, telling them not to point any wands at her since she’s had a few incidences with spellmishaps.

The excitement is real. It’s not just the people that go overboard, but it’s the food, too. Whilst doing a quick shop at Trader Joe’s, I found that they have a dedicated section just for pumpkin flavoured stuff, including: pumpkin bagels, pumpkin ice cream, pumpkin waffles, pumpkin cheesecake, pumpkin Cheerios… (the list goes on.)

The excitement is real

Despite the excessive use of pumpkins, Salem is a really lovely place to visit during Halloween. There’s definitely a sort of mystical feel to the city that I don’t really feel in Boston (and especially don’t feel in Britain) and I thoroughly enjoyed the trip. I’m excited for Halloween now, despite the fact that I’ll probably end up celebrating in a similar way to what I would in Britain: hiding from trick or treaters, or dressing up in a last minute costume for a party that claims to be Halloween themed (this year, I’m thinking of going as a formal apology.)

I prefer to just carve pumpkins 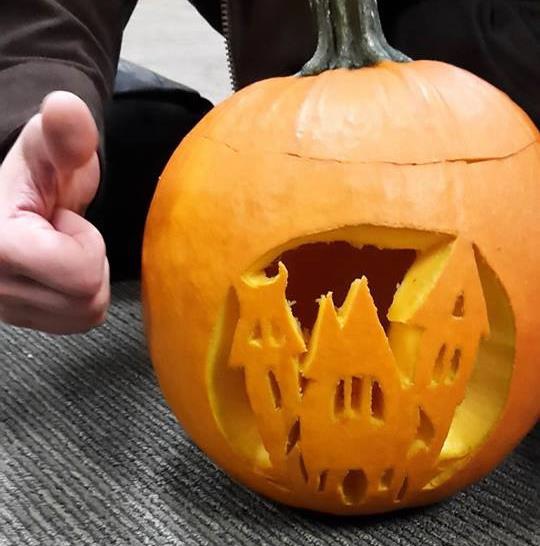 There’s one question that I still haven’t been able to answer, though: why is it that Americans celebrate Halloween so much more excessively than the British? Is it just another excuse to dress up, drink excessively, and eat lots of food? If so, I’m ready to bring the celebrations to Britain now. But maybe we can leave the pumpkin flavoured ice cream behind.

Charlotte is currently studying abroad at Boston College as part of her QMUL degree.You can find out more about the International Exchange Programme at QMUL here.