Signing up for a language joint honours promises, above all, one thing: a year abroad. Unlike many courses which offer the opportunity, after undergoing a somewhat rigorous application process, because, of course, everyone wants to study at UCLA, for me, time spent abroad was guaranteed. Lacking the all-important “American Studies” in my degree title meant California was off limits, so I went for the next best thing and made the move to the South of France. Sea and Sun on the Côte d’Azur, 2 hours’ drive from the land of retired millionaires, nestled in a Provencal town, 20 minutes from Marseille, with all its charms, both frightening and pleasant, both elements which can each be evoked within five minutes of each other. 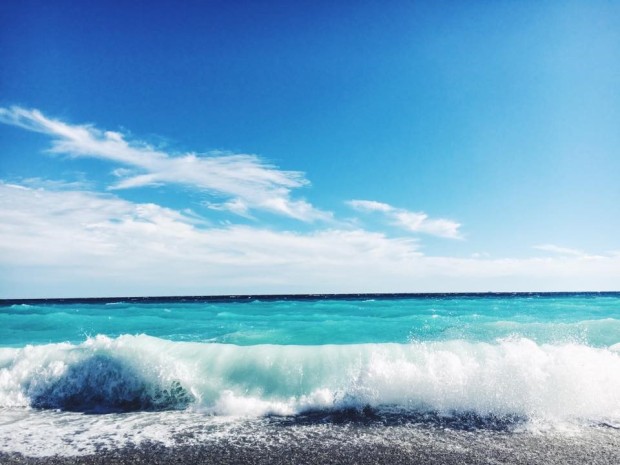 Once acclimatised to the often-true stereotypes that people hold of Marseille, it’s an easy city to like. Hunkered down on the seafront, bays open up to the port on one side where, strangely, no ships ever seem to be present, and to beaches on the other, where, given the absence of ships, sunbathers and ordinary bathers have an uninterrupted view of the Mediterranean. In warmer days, lasting late into September, Plage du Prado became a familiar haunt thanks to France’s generous public transport system which allowed us to make the two-hour round trip for a mere €5. However good this may sound, this is potentially the only part of the infrastructure that does work in a country that takes the “laissez-faire” attitude rather too seriously. So, Saturdays were spent on this beach soaking up the sun and a snippet of England’s proud history of football hooliganism (the surrounding area featured in the violence of 1998 and 2016). There’s no place like home.

Although close however, I do not live in Marseille, I’m sure you can sense my disappointment. Less than half an hour north of the metropolis, you find Aix-en-Provence. A historic spa town, laying claim to both Zola and Cezanne respectively, Aix basks in the shadow of Saint Victoire, a mountain (for lack of a better adjective, or by dint of being too lazy to think of one) made famous by the late painter. You need not look far for Cezanne’s legacy in a town which clings to it in such a way, before mounting it on a flag and waving it in the eyes of the francophone world. It’s an endearing quality. Far more attractive however, are the fountains and tree lined squares and avenues, pedestrianised for the safety of us head-down, iPhone gazing, millennials. Since late November, everything of any note has been draped in hundreds of white Christmas lights, leaving the streets in a state of perpetual snowfall. Despite its obvious visual appeal, this wintry display also comes without the inconvenience of melting snow, or slip hazards, and above all, it means that suede shoes are still appropriate footwear. So, a good idea all around really.

However, even without the lights, or the hitherto unmentioned Christmas market which I will leave to the flavour of your imagination, Aix-en-Provence is no less charming. The rabbit warren streets of the old town intermittently reveal lively bars which pour onto the cobbles outside, or restaurants where people sit, in twos, in fours, taking aperitifs and talking apart from the world, a carafe to one side to wash down conversation. Mark your route however, for there is no easy way out of this labyrinth. Along the roadsides lay flowers commemorating the lives of DofE groups lost within. They say, that some nights, if you listen closely, you can still hear the clatter of tent pegs tied to rucksacks, and GCSE French echo through the streets: “Où est la gare?”. Some say it’s just the wind.

With respect to university here, it’s nothing less than an odd experience. Having no job here to fill the hours I would spend outside of Uni at home, the 17 hours contact time is almost a welcome change. However, the added time in class comes with a disproportionate drop in personal study, which, for someone used to the structure of a BA in British Universities, is a huge shock. Four day weekends start with the one piece of homework for the next week, before descending into an afternoon spent sipping coffee and talking in town before relishing in a drinking culture later that night which allows you to walk home on your own two feet without being frowned upon. Obscure bus routes are explored the following day before a trip to the hospital. You see, lost in the middle of nowhere, your heart just cannot cope with the ludicrousness of having a bus stop on one side of the road, and not the other. You recover quickly being seemingly forever at rest at the moment. Four hour lectures become the bane of your life in a system which tends to mould people’s thinking instead of encouraging individuality. Tradition and structure are rigorously adhered to in teaching methods and assessments. In some ways, in comparison to our university system at least, it can feel like secondary school from time to time, only with less comfortable chairs. They have a preference for wooden ones here, which look nice, but are much less forgiving when your lecture lasts until the next full moon.

Despite my cynical tone however, I love this place. And I can’t wait for people to come out so I can show them around, to introduce them to where I live.