On my second day in Sweden, during the walking tour around the city, our guide mentioned the celebration of the arrival of spring known as Valborg. When I was researching Uppsala before I arrived, there was a lot of talk about this celebration and how Uppsala is like a hub for people to come to and celebrate. The guide spoke so highly of this event that from then on, we were all so looking forward to it. Those who stayed for only one semester planned their returns to Sweden, to be sure that they did not miss out. Those of whom are here for the entire year marked the dates in the calendar, making sure that we would not be travelling that weekend.

I don’t know anything about the history of Valborg, so I’m going to leave that to your imaginations, but what I do know is that it is a major event in the Swedish calendar. The 30th April is known as ‘Walpurgis Eve’ which is the day of Valborg (which for me was a Monday), but there are plenty of activities and events that take place in the days before. The student nations in Uppsala organise most of these, and so there is a lot of drinking and partying involved. It’s as if the city paused for a weekend whilst everyone gradually became more and more inebriated by the day. 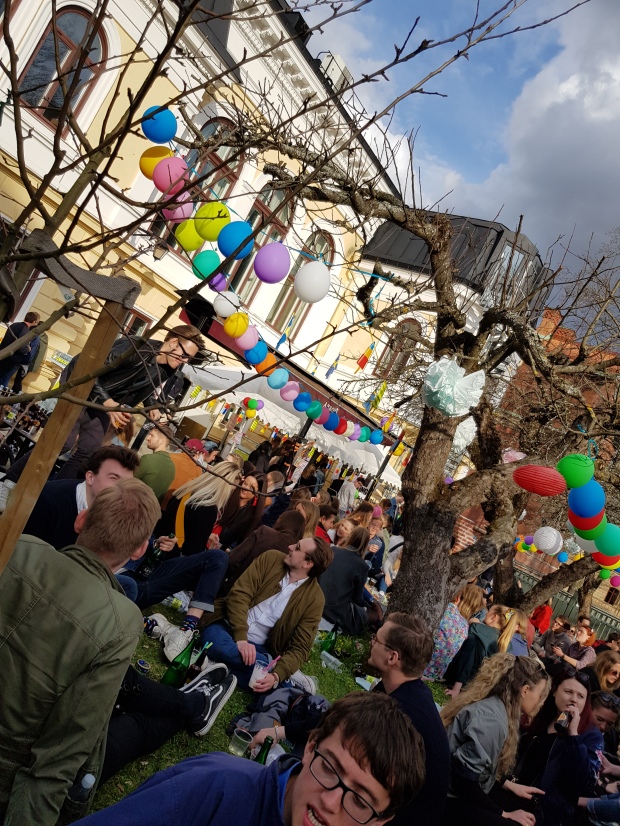 Friday was not technically a part of the Valborg celebrations, but because it was a friend of mine’s birthday, we had to celebrate in some way or another. Although it was a great night and it was a lot of fun, it somewhat set us back a little when it came to the actual festivities. As a group, we planned everything so that we could be together for most of the weekend, which was not only a great bonding experience, but also an efficient way of making the most of our Valborg. We ate meals together, sat in parks drinking together and went to corridor parties together. On a side note, public drinking is very illegal in Sweden, but for this weekend, the police turn a blind eye. Saturday saw us power through the hangovers and carry on the partying, and Sunday was also another day of sitting in nations, eating and drinking in spite of the fact that we were all feeling slightly under the weather. 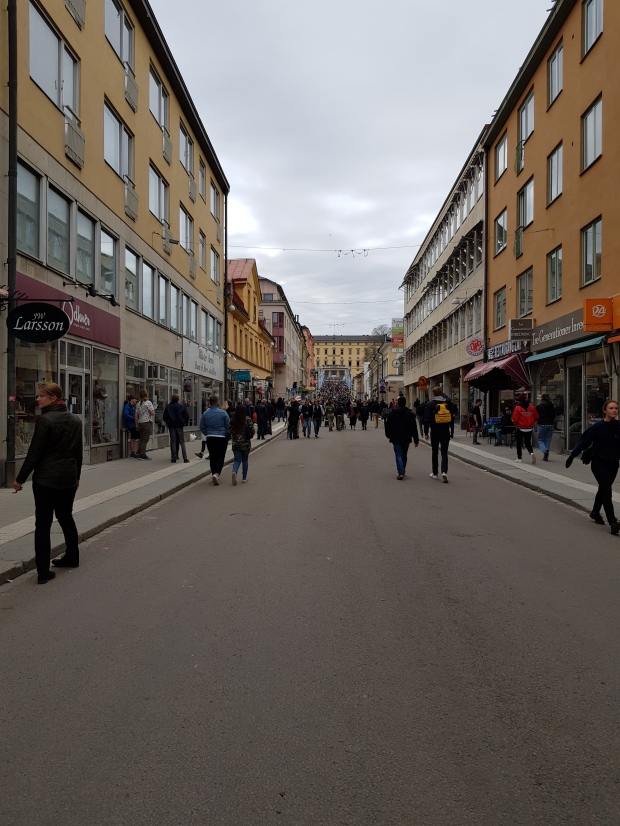 Monday was the real deal though. The tradition of Valborg is to sit in one of the large parks by the university building, drinking and blasting out music at the same time- it was almost like being at a music festival, just a little less rowdy. Before this, you could stand by the river that runs through the city and watch all sorts of people on makeshift floats, glide down the river, attempting to overcome the two waterfalls along the way. After sitting in the park, you go to the main library at the top of the hill and watch the ‘donning of the caps’, in which the chancellor of the university declares Valborg open, as hundreds of students throw their traditional white caps in the air. Then, you run down to a student nation and take part in a ‘champagne gallop’, where you spray each other with champagne or sparkling wine for two hours. Afterwards, you shower and get ready for more partying deep into the night at one of the nations, each of them slightly different but nonetheless enjoyable. The next day is a public holiday, and so the city becomes quieter as everyone nurses their hangovers which have been accumulating for the past three days. 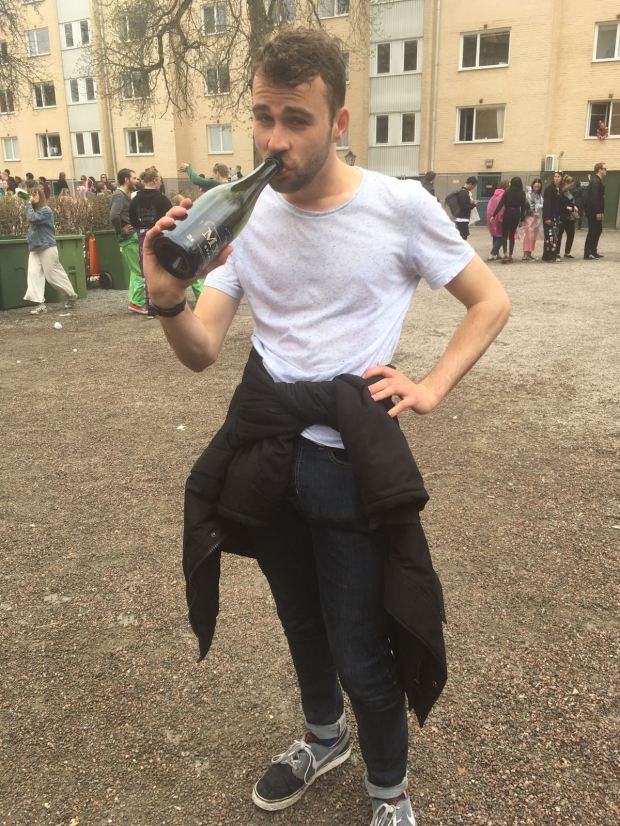 Valborg was possibly one of the best weekends of my life. I spent so much time with people whose friendships I cherish dearly, and all the while celebrating an event that I knew almost nothing about. For sure, we could’ve done the weekend differently; we could’ve stuck to a strict itinerary which included seeing absolutely every tradition that Uppsala and Valborg had to offer. But instead, we did it our way. A way that embraced spontaneity and free will. A way that solidified friendships in spite of the fact that we will go our own ways in the forthcoming weeks. A way that created memories that I will treasure for the rest of my life.