Week 7 of the spring semester at Queen Mary is reading week. Much as with last semester’s reading week, I decided to take advantage of my week without class to travel abroad. I chose to, once again, venture into the land of the French, except this time, I went to Switzerland: Geneva to be precise.

I was able to fly out of London City Airport, which is a blessing when you think about how far all the other airports in London are from Queen Mary. Geneva is a quick hour and a half away by plane. One of the best parts about being in Europe is how close all these new countries are to you – a whole continent is open for you to explore, and it’s so easy to do! The Geneva airport is located on the outskirts of town, but you’re just a quick bus ride away from the center of town. Let me tell you, the buses in Geneva are top-notch. Not only do they have television screens in them, they project your journey on them so you know where you are on your trip, the next several stops and what connecting buses are available at each stop (seriously London, the double deckers are cool but this is a whole other level). Geneva may not have a fancy metro system (they are building one though), but the buses can get you pretty much anywhere in the city. However, if you’re okay with walking, you can cover most of the city by foot as well.

I very much lucked out with weather during my couple days in Geneva, and as such, I was able to spend a lot of time outside. One of the prettiest parts of Geneva, I think, is the area surrounding the lake. The highlight, of course, is the jet d’eau. I can’t come up with a better way to describe it other than a giant fountain but it’s beyond massive.  It’s a beautiful sight and you can walk right up to it too (although in the wind, you might get a bit wet). I spent an afternoon sitting on the banks for a decent amount of time just watching the water soar into the air and cascade back down into the lake. It’s pretty schnazzy, if you ask me. 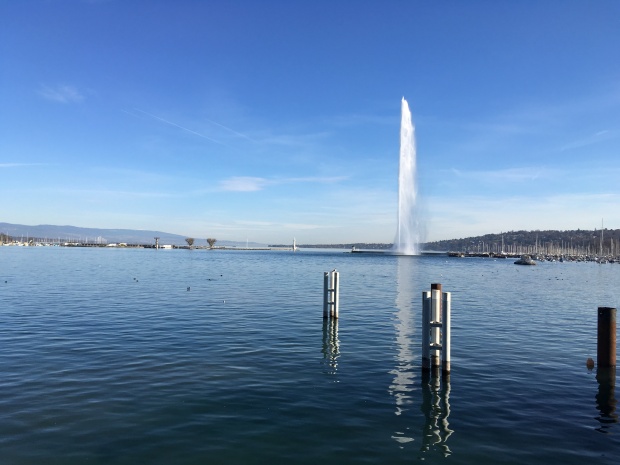 The other cool thing in Geneva is the Palais des Nations, also known as the United Nations Headquarters in Geneva. Not only do you get to see all the flags of the different nations that make up the UN, but you can also go in and tour the building. I had no idea how big the UN was but all I could think of the whole time was how lost I would get if I worked there. The tour takes you into some of the council rooms and my group got to go into four. We even got to watch, as the Human Rights Council Advisory Committee got ready to meet for a preparatory session. It’s cool to be able to see how the UN functions, and to learn all about what it does at the source. I would most definitely recommend this as a place to visit… it’s pretty UNbelievable (pun very much intended).

Although I visited Geneva, I actually stayed with a family friend across the border in France. It’s equally as beautiful there and as such, I got to go up Le Salève, one of the mountains in the French Prealps. From there, I had the most beautiful view of all of Geneva from one side, and Mont. Blanc and the Alps from the other. People paraglide off the mountains, and there’s also a cable car, which runs up the mountain. I’m not the hugest of nature fans, but I’ll admit that getting a lot of fresh air was both relaxing and refreshing. Plus, the views were just phenomenal. 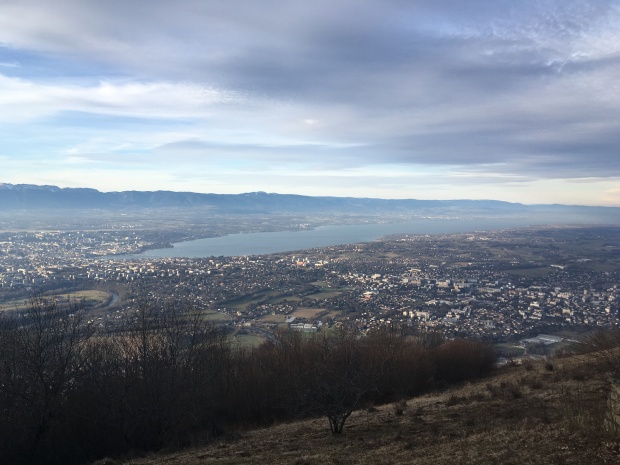 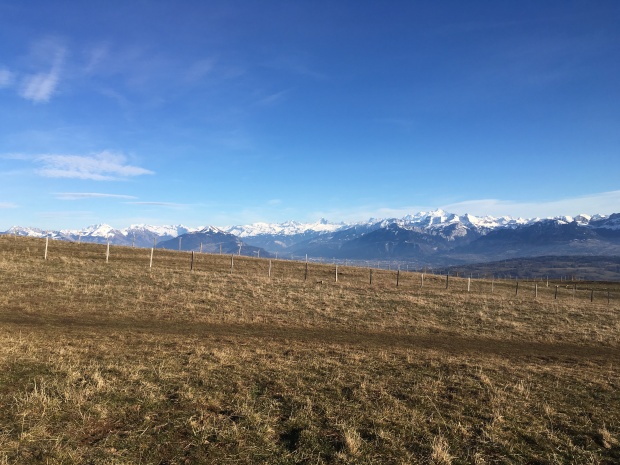 Everything about Geneva is beautiful. From the old town, to the ever-present snow-capped mountains, it’s almost unreal. Being able to spend my reading week exploring a new place is definitely a highlight of the semester so far. As Geneva was completely new to me, I feel like this was a growing experience for me as well, as I truly traveled on my own, and was discovering the city for the first time. I loved going to Paris in November, but having already been there, I felt less pressure to see everything, and I felt confident going into my vacation. I’m happy to say though that I had a wonderful time in Geneva, and that I was able to adventure to a maximum capacity. The sheer amount of fresh air was almost a shock to the system, and I feel pretty refreshed coming back into London. I missed it a bit, being away, and in that regard, coming back was a good feeling. Merci, Genève!