I always knew that I was an introverted person, but I did not know that I have social anxiety until the second year of college. I realized that had felt stressed and anxious in almost all social settings: from a theater rehearsal room, a Friday night party, or the cafeteria resounded with American small talks, to even a dinner with my Asian friends. It seemed that there was a giant wall that blocked me from fitting in with the rest of the world.

That’s the main reason why I decided to study abroad, to take a break from the “American” social life, the small college Wesleyan, the quiet suburb town, and more importantly, to reduce my social anxiety. It seems counter-intuitive because I was moving to an environment that’s completely new without knowing anyone. To be honest, I did feel that way in the beginning. During the orientation, I was reminded of myself as a freshman, making friends all over again with other IFSA-Butler study abroad students and Queen Mary students. The presence of small talk was still prevalent because a large number of the (associate) students who study abroad at Queen Mary are from the U.S.

“Where are you from?”

The fear of having social interactions and not being myself came back again. Sometimes the fear was so strong that I couldn’t even get out of my room to explore the campus as well as the city. By the end of the first two weeks, I was only able to make a small number of friends.

Fear is Only Temporary

However, the fear only existed temporarily. The truth is that once classes started, I did not feel pressured to be social again, because most people around me were also alone, walking alone, cooking alone, going to classes alone, going home alone. It’s easy to blend in to the crowds on and off campus. While having more time and space for self care, I also find out that most social interactions I have are natural and sincere, without the superficial small talk. I think it has to do with London and Queen Mary’s diversity; coming from all kinds of cultures, people here socialize with more understanding, respect and sincerity rather than having assumptions and making judgments, which usually led me to self-doubt and social anxiety.

One of the most amazing social experiences I had on campus was in my Making Contemporary Theater class. I was grouped with four other students of color to complete an assignment, to make a short politically and socially engaged theater piece. After we discussed with each other about who we are, and shared our identities, we found out that we all identified as third-culture kids. All of us grew up with more than one or two cultures, and we all think “where are you from?” can be a very difficult question to answer. In the end, we made an experimental performance that sets on an island, where “we” are the last five people of color on Earth. During the performance, we only speak our own languages other than English, as a symbol that we finally embrace our own identities. It had always been hard for me to be myself as a Chinese abroad and an international queer student, but here in the theater studio, I found a home and community where I truly belong. Everyone is different, but being different is also what we share. 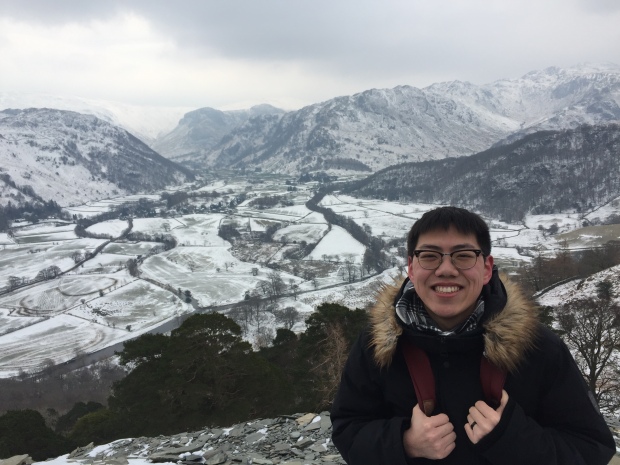 I also created social interactions for myself through volunteering. I signed up to be a volunteer for the Chinese New Year celebration in London. A group of us, mostly Queen Mary students, wore costumes of Chinese zodiac signs and walked around in Leicester Square to add more joy and festiveness to the parade. Many people asked us to take pictures with them, especially children and their families. We sometimes waved at the children, gave them a high five, or simply smiled at them, all of which made them happy. An act of giving was definitely the best way for me to celebrate Chinese New Year in a new home. I witnessed and engaged in the simplest and most beautiful human interaction. This time, I didn’t feel anxious at all.

Studying abroad has helped me to understand my social anxiety better, and has also offered me insights on what it really means to socialize. Being in such a diverse city with more independence, I’ve become more confident and more inclusive about my own identities. By recognizing who I am as a unique person, I am becoming more open about and more used to living with my social anxiety. Social anxiety is a gift, and I am proud to own it!

Unique Wenxuan Xue is a Theater major at Wesleyan University and studied abroad with IFSA-Butler at Queen Mary University of London in Spring 2018. He is an International Correspondent for IFSA-Butler through the Work-To-Study Program.